The 10 year plan to end homelessness..how can you end a lifestyle that has always been?

http://www.endhomelessness.org/section/tools/communityplans
Homelessness in the USA needs to be managed better not just 'ended'.

When you say 'ended' what you are saying is curbing peoples lifestyle and destroying what is in part, a nomadic culture.

You are telling an entire population of people that they 'have to' become housed.
They have to change. They must become part of the acceptable norm and they must become tamed.

For various reasons many in the homeless population do not wish to become housed.
Reasons like being targeted for one, which if you choose not to believe such things go on in our society, then there are other motives.
They are drunks or addicts.  Before you form a picture of this person realize that in my travels I have met many people who have degrees and once were wealthy and they just cannot stop drinking.
Some people are marked by their past in some way others have become accustomed to the homeless lifestyle and now cannot be housed ( I call this becoming ferrel, like a cat), severe chemical sensitivity (those that sleep outside). I have encountered many elderly who don't wish to be housed  and I don't know why-you'll have to ask them...
and isn't that the problem? This entire population is always treated like people with no voice or opinion.

There are various demographics within this population and to intimate all the time that the whole group are either mentally ill, lazy or addicts and thus their opinions don't matter as they are most likely incoherent  is presumptuous.

If you have been homeless or are currently, when is the last time in a shelter you recall being asked your opinion about something, in a democratic meeting of sorts? This is because since you are getting something for free you are treated as if you deserve bad conditions..(capitalist society).
And the due to the behavior of this population you are treated like a child or an inmate.A lot of the homeless are severe trauma survivors and this is why they don't know how to act often. The system further regresses them by making them dependent.

As far as drug use goes, that makes housing that demographic a joke because they just end up doing drugs in their new housing and then they loose it and go through the system again. I have also seen staff at a SRO treat the tenants like babies during the day and act like its a program they are in, even spy on them and then at night they are let loose to do as they please as consenting adults and the place becomes WORSE than the old rooming houses were. You'd be better off having an 'old school' manager of this sort of place familiar with its population to 'manage' the realities of what goes on there, not hide it during the day. Also, I have seen in that very SRO a death due to drug use, the events leading up to that occurring late at night.
What happened to little ms. social worker during the day that wanted to know why the clients can't all get along and bake cookies with each other like children?  Get real.
The problem is being masked as usual.

The plan to end homelessness by housing  people will solve some of the issue but many of the homeless want or NEED to be nomadic for various reasons that are NOT being addressed.
There should be a well managed alternative like better quality shelters that you pay into like staying at a hostel. One of the things that is so horrid about shelters is the environment of anti intellectualism. Every shelter has some element(s) of  mind control in its set up--like a cult.  Every one tells me its because they are understaffed this is necessary. For people who know how to behave and can care for themselves who can perhaps pay to stay it would be a welcome alternative.

Also NO ONE is addressing the severe problem of white collar crime in the management and administration of homeless shelters and programs. Corruption runs amok unchecked.
Its the perfect place to hide for any good con man or woman.

Often shelters have an environment of intimidation, harassment, theft, gang culture etc.  If people want to stay in these type places because it suits their needs and lifestyles then so be it.

Some of us need to feel safe and do things like write or cyber activism. We are trying to accomplish something and often it is not to society's view of what homeless people should be doing.  Often it is expected that we should be working on 'getting our lives together'. Some of us were trying to do just that when something happened and usually the very system that is demanding we conform to expectation is the same sysetm that  assisted organized crime or other such corruption in destroying our lives.

Also it would be nice to see shelters respect the elderly more so not just families.

For those who can hold their own on the road there needs to be a system of shelters where you pay in at some point.
What no one wants to deal with is the accounting of this subject. Its a business isnt it?  Then why are hard numbers never dealt with? Why is it always an appeal to peoples sympathies or thier decency or morality? Then behind the scenes white collar criminals and others steal from everyone involved.

The fed, state or donations pays for the expenses at shelters. Becuz this subject matter and any corruption involved can be blurred by peoples emotions its a con mans perfect game.  Con men gain peoples trust.


Some shelters are run correctly and some are not.  There needs to be an overhaul of the system and not so the govt takes over  like they did with the banks and the car companies. People give and dont understand why there is still a homeless problem.

Also,  there needs to be the management of homelessness not the ending of it. A way to use the same funds plus input of ideas and funds from the people themselves.


There will always for whatever reason be people who are not part of the system or mainstream society that exist within the same physical space. Dealing with them by being in denial about thier existence or the truth about their reality is not the way to 'solve' the problem.
I dont know if any society get rid of a lifestyle that seems so necessary to so many people.

I dont like being part of 'The Homeless'.  Its so stupid.  It is very one dimensional.


Do you realize how many kinds of people are in this population tagged 'The Homeless', with varying motives for thier lifestyle?

For some its temporary and they know that. For others its a lifestyle choice or it was a necessity at one time and they are never sure if they will go back to their old lifestyle again.

If you want to use the 'get a job' argument or 'their lazy' or dysfunctional, ok fine.  I am not a liberal nor a Democrat.  But if the system is not willing to tell the whole story nor is society caring to hear it, we get grey areas.

Its enough that the country we live in does support this population at all. There are people who know what really goes on in this world.


But there is too much coddling the homeless as payoff and pacification and in other instances denying them basic human rights.

Some of the worst treatment homeless people get is at the hands of other guests in shelters or by staff themselves. The negligence is unbelievable.  I've got stories, believe me.
And the great thing about targeted people is that whistleblowers are hopefully discredited which means then this system thinks it can do as it pleases to anyone in this population. 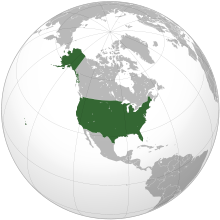 I was looking at this online. I just cannot believe I have covered at least the big green area and STILL its the same in every town I go to. Every city and every town.  Of course, due to the fact I am NOT mental but simply targeted there are, of course, variations between regions and cities.

But just look at it...its a whole continent.  EVERY CITY every town.  And I have heard its international.

If ever you doubt your situation or its severity, look at this globe and see that it is indeed very serious, very real and you are indeed having your life stripped from you.

EVERY CITY EVERY TOWN


I have posted on ongangstalking about homelessness and whistleblowers.  It is the closest thing to 'homeless and targeted' that you are going to find with little trouble.

Alot of TI's end up homeless and that includes the ones that are just stalked and harassed outright.  The TI who is targeted in other ways is even more unfortunate.  This is a way of marginalizing a 'problem' and silencing a victim witness in alot of cases.
If the system's goal is to get you labeled to dis credit you then here, in this subculture is where you will have your true sanity tested.
I have often looked at people I can tell are survivors of trauma and maybe even targeted...and vowed that I would never let this system make me end up that way. Its worked, but  the injustice is appaling.

You will have to turn away from many things..homeless children being the hardest to take. Get the system back later.

On becoming houseless or a traveller

The traveling community is an alternative to being a local 'homeless' person. Home bums are persons who stay in one location.
The classic 'hobo' has changed very much and is now more a part of the global traveling community which in the 90's with much credit to the internet has become more socially acceptable. Many travelers I encounter in the traveling community are young people thus the term 'traveling kids'. I have adapted. If you find homeless shelters intolerable then becoming a houseless traveler may be for you. It is a way to fight the innately corrupt 'system' that supports the gang stalking system by its very structure. A lot of people in this community know about oppression of this nature but its not talked about readily. Many highly educated people or from wealth are in this community. They have rejected the system becuz of being victimized or they see how corrupt it is or simply want to experience being a hobo as an interesting alternative lifestyle.
Rich kids often have it worse due to the fact thier families can keep severe abuse quiet. This creates the myth that the rich are better people and dont do these kinds of things..b*llshit. The worst example I have heard of is a kid who's dad was a doctor and would beat him so severely to break ribs-then treat his injuries himself to keep it quiet. That may tend to put one off to following in dad's footsteps as a doctor or even engaging in proper society at all.
You will be living on the road. It is lonely and you will always have to deal with gang stalking syndrome..you will always carry the terror with you of the original insult. However it can provide more opportunities for healing and safety from continued harassment.
You are going to have to learn to rough it and be as self sufficient as possible.

What you should know about homelessness and shelters

What you should know about homelessness and shelters

On becoming houseless or a traveller